Tudor and Merry (2006: 98) define the 19 propositions as "the group of statements which, together, constitute a person-centred theory of personality and behaviour." 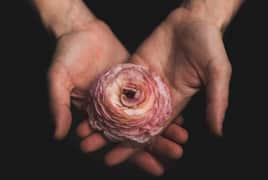 The 19 propositions are one of the three pillars of the person-centred approach, the other two being the seven stages of process and the six necessary and sufficient conditions for therapeutic personality change.

First presented in 1951 in Carl Rogers’ book Client-Centered Therapy, the 19 propositions are based on phenomenology.

In developing this part of his theory, Rogers drew on the work of other psychologists and on his own experience of counselling clients:

‘Taken as a whole, the series of propositions presents a theory of behavior which attempts to account for the phenomena previously known, and also for the facts regarding personality and behavior which have more recently been observed in therapy’ (Rogers, 1951: 482)

1. All individuals (organisms) exist in a continually changing world of experience (phenomenal field) of which they are the center.

2. The organism reacts to the field as it is experienced and perceived. This perceptual field is “reality” for the individual.

3. The organism reacts as an organized whole to this phenomenal field.

4. The organism has one basic tendency and striving – to actualize, maintain and enhance the experiencing organism.

5. Behavior is basically the goal-directed attempt of the organism to satisfy its needs as experienced, in the field as perceived.

6. Emotion accompanies, and in general facilitates, such goal directed behavior, the kind of emotion being related to the perceived significance of the behavior for the maintenance and enhancement of the organism.

7. The best vantage point for understanding behavior is from the internal frame of reference of the individual.

8. A portion of the total perceptual field gradually becomes differentiated as the self.

9. As a result of interaction with the environment, and particularly as a result of evaluational interaction with others, the structure of the self is formed – an organized, fluid but consistent conceptual pattern of perceptions of characteristics and relationships of the “I” or the “me”, together with values attached to these concepts.

12. Most of the ways of behaving that are adopted by the organism are those that are consistent with the concept of self.

13. In some instances, behavior may be brought about by organic experiences and needs which have not been symbolized.

14. Psychological maladjustment exists when the organism denies awareness of significant sensory and visceral experiences, which consequently are not symbolized and organized into the gestalt of the self structure. When this situation exists, there is a basic or potential psychological tension.

15. Psychological adjustment exists when the concept of the self is such that all the sensory and visceral experiences of the organism are, or may be, assimilated on a symbolic level into a consistent relationship with the concept of self.

16. Any experience which is inconsistent with the organization of the structure of the self may be perceived as a threat, and the more of these perceptions there are, the more rigidly the self structure is organized to maintain itself.

17. Under certain conditions, involving primarily complete absence of threat to the self structure, experiences which are inconsistent with it may be perceived and examined, and the structure of self revised to assimilate and include such experiences.

18. When the individual perceives and accepts into one consistent and integrated system all his sensory and visceral experiences, then he is necessarily more understanding of others and is more accepting of others as separate individuals.

19. As the individual perceives and accepts into his self structure more of his organic experiences, he finds that he is replacing his present value system – based extensively on introjections which have been distortedly symbolized – with a continuing organismic valuing process

The 19 Propositions in Plain English

The 19 propositions are complex to read and understand, being written in 1950s’ philosophical language.

They can be decoded as follows:

How We Can Use the 19 Propositions

‘The nineteen propositions repay careful reading because together they provide us with an elegant theory of how and under what circumstances people change, and why certain qualities of relationship promote that change.’

Thus, they are of value to us as counsellors both in working with clients and in developing ourselves, since ‘part of the counselling journey, specifically in PD [personal development] groups, is about encouraging those elements of our personality that are invisible to us – perhaps not-for-growth elements of ourselves – to come into our awareness, challenging us to look at them’ (Kelly, 2017: 51).

Merry T (2014) Learning and Being in Person-Centred Counselling, ROSS ON WYE: PCCS Books