Heritage and Culture in Counselling

Part of working with diversity in counselling is having the ability to understand how heritage and culture may affect the counselling relationship and form part of a person’s self-knowledge and history. 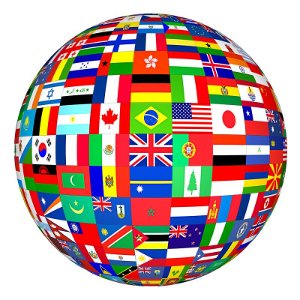 Difference between Heritage and Culture

‘Heritage’ is ‘something that comes or belongs to one by reason of birth; something which is inherited from one's ancestors’ (ESDAW).  This is a concept with which most people can identify because, as children, we listen to stories and take part in customs and rituals passed down from our parents, caregivers or society.

For some people, heritage may be connected with religious celebrations, such as Ramadan, Christmas, Dwali or Hanukkah; for others, it can be a strong connection to a place, geographical area or an event. Many people alive today may see their heritage as rooted in World War II, in religion or in the UK societal class structure.

For some people, heritage can link into self-concept, as we tend to be the sum total of our life experiences to date. Some find this a comfort, while for others experiences of the past can be frightening or disturbing, so much so that they develop a new lifestyle or culture.

To sum up, we all have a heritage. Not everyone will want to continue the rituals and practices of the past, which is where culture comes in.

Culture in counselling is defined as the behaviours and beliefs of a particular social, ethnic, or age group, as well as the ways of living built up by a group, from one generation to another’ (ESDAW). 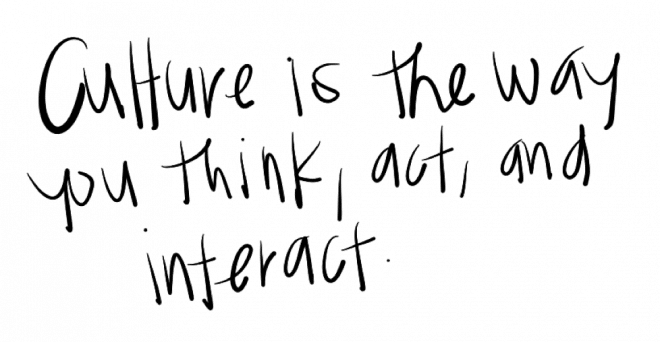 The subtle difference is that the family members know that other people still sit down to a traditional turkey dinner, and so can choose either to continue their curry tradition or to change their culture and celebrate with a turkey dinner – or in some completely different way.

To sum up, unlike heritage, which has its roots in the past, culture is a living, breathing set of ideas, behaviours and ways of thinking that we can change or alter if we choose to do so.

Thus, a person’s cultural values can change over a lifetime as they move, change or participate in society in different places, but heritage is what you are born with or inherit, and so is fixed. For example, ‘you can't change yourself from European to Hispanic or Asian. This is inside of you’ (eNotes.com, 2010).

Unlike heritage, which has its roots in the past, culture is a living, breathing set of ideas, behaviours and ways of thinking that we can change or alter if we choose to do so.

How Heritage and Culture May Affect Counselling

Abdullah (2015: 14) presents 16 cultural dimensions that form eight pairs, with each pair reflecting an aspect of how clients’ cultural heritage might influence interactions in counselling.

A client from a culture that aspires to being in harmony with – as opposed to having control over – the world might be less likely to access counselling services, perceiving themselves as part of a larger ecosystem that naturally regulates itself rather than an autonomous being who can unilaterally seek support.

Relationships versus Task (How People Get Things Done)

Once seeking counselling, cultures with a relationship-oriented (versus task-oriented) approach may be more likely to choose/be comfortable with the person-centred approach, given that ‘the relationship is centrally featured in person-centred therapy’ (Mearns and Cooper, 2005: 159). (This may be one reason for the popularity of CBT in the UK, where our culture is task-oriented.)

It would be important, during contracting, to ensure the client understood and was comfortable with the person-centred approach; if not a good fit (i.e. due to their heavy task-orientation), referral may be sensible.

What is Cultural Heritage

Hierarchy versus Equality (How People Relate with Others)

Again at the contracting stage, it is useful to gauge how the client relates to others:

‘In some cultures rigid hierarchies of power are accepted as desirable, whilst others prefer relatively flattened hierarchies’ (Ryde, 2009: 132).

Although the counselling relationship can perhaps never be fully equal ‘in the therapeutic context where the therapist/counsellor is already more powerful’ (Lago and Smith, 2003: 116), this potential power imbalance may be more problematic for a hierarchy-valuing client: ‘For instance, it could be unthinkably impolite not to give way to the opinion of a professional’ (Ryde, 2009: 132).

Shame versus Guilt (How People Are Guided)

This pair of dimensions describes whether cultures are ‘outer-driven’ (i.e. await the shame of being judged by others) or ‘inner-driven’ (feel guilt through judging themselves).

People from the former may find it harder to move forward in the Seven Stages of Process (as developed by Rogers), in which, for example, those in Stage 2 ‘find it very difficult to accept any responsibility for themselves’ (Merry, 2014: 60) – though may consequently be unlikely to seek counselling anyway. Ryde (2009: 81) notes: ‘None of the white theorists I have come across has much to say about shame.’

Although cultures favouring high-context over low-context communication style  might appear to have greater awareness of spirituality etc., this may not be fully embodied – and could make such clients more ‘heady’, i.e. intellectual and thought-focused, with reduced visceral awareness of their emotions. This could make it difficult to build ‘relational depth’ (Mearns and Cooper, 2005).

Because ‘what is considered punctual may change from country to county’ (Martin and Chaney, 2008: 34), those from polychronic than monochronic cultures may be less likely to be punctual for counselling appointments: ‘The word mañana, used in Latin American countries, and the word bukra, used in the Middle East, have a similar attitudinal meaning … that what cannot be done today will be done tomorrow’ (ibid).

It would be important for the counsellor to clarify the shared meaning of ‘punctuality’ during contracting – but equally not to assume that any subsequent issues with lateness for appointments were down to this, being open to other possible explanations (relating both to the client, e.g. having practical difficulties, reticence about counselling, low self-esteem, or desire to rebel; and to the counsellor, e.g. being offputting or unwelcoming to the client in some way).

Collectivism versus Individualism (How People See Self and Others)

It is important that the counsellor does not assess a client from a collectivist culture ‘as resisting and avoiding in the therapeutic process because of their tendency to a focus more on family dynamics’, as doing so ‘may suggest a Eurocentric bias’ (ibid: 119).

Religious versus Secular (How People Relate with a Deity)

Cultures may be religious or secular. While religion-based counselling services do exist in our largely secular society, they tend to welcome all – e.g. the website of the Philippi Trust (a Christian counselling agency) states: ‘Can anyone come? Yes! Whatever your background and whether you have a faith or none at all, you will be treated with respect at all times’.

The effects of a client being religious on the counselling process will vary according to the set of beliefs.

When dealing with clients that are obviously different from us, it is important to avoid ‘acting on the assumption that this is all they are – and never assuming that the ‘problem’ lies in the difference’ (Wilkins, 2003: 58–9).

What is Cultural Heritage

eNotes (2010) What is the difference between Culture and Heritage?: http://www.enotes.com/homework-help/what-difference-between-culture-heritage-393504

ESDAW (undated) The difference between heritage, tradition and culture: http://www.esdaw.eu/the-difference-between-heritage-tradition-and-culture.html

Lago C (2011) The Handbook of Transcultural Counselling and Psychotherapy, OUP

Merry T (2014) Learning and Being in Person-Centred Counselling, PCCS Books

2 thoughts on “Heritage and Culture”