When a person experiences a traumatic event – such as being involved in an accident, a loved one dying, or witnessing a violent crime – it is natural for them to experience a fight-or-flight response, leaving them feeling on edge and upset. They might well keep thinking about the event afterwards, and even have nightmares about it. This is known as post-traumatic stress (PTS) and is – in the words of neuropsychologist Sanam Hafeez – ‘a normal reaction to stress and not a mental illness’ (Brody, 2018). 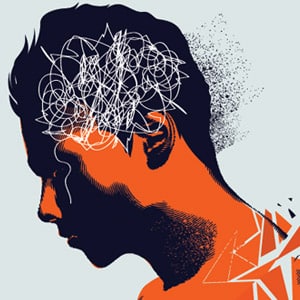 PTS is common and usually resolves on its own, within a month of the triggering experience. Hafeez continues:

Say you barely avoided an accident on a road infamous for being dangerous. You may avoid that road and alter your route. You may even feel nervous about driving down a similar road. You may later dream about the accident you avoided. But after a few days, these thoughts subside then eventually fade.

Military psychologist James Bender (2018) concurs: ‘PTS is a common, normal, and often adaptive response to experiencing a traumatic or stressful event … Almost everyone who experiences a scary situation will show at least a few signs of post-traumatic stress.’

Post-traumatic stress disorder (PTSD), meanwhile, can happen when PTS doesn’t go away by itself, though this is relatively rare. Bender notes:

Anyone who has experienced or witnessed a situation that involves the possibility of death or serious injury, or who learns that a close family member or friend has experienced a traumatic event, can develop post-traumatic stress disorder, although most people don’t.

Unlike PTS, PTSD is listed in the American Psychiatric Association’s Diagnostic and Statistical Manual of Mental Disorders (currently in its fifth edition, and so known as DSM-5, 2013) which defines and classifies mental disorders in order to support clinicians in diagnosing, treating and researching these.

People with PTSD experience greater intensity and duration of symptoms than those with PTS: the symptoms of PTSD last longer than a month after the traumatic experience, and are bad enough to interfere with the person’s functioning in day-to-day life.

There is also a complex form of PTSD; this is not included as a separate diagnosis in the DSM-5 but is covered by the World Health Organization’s International Classification of Diseases, Eleventh Edition (ICD-11, published in 2021, and taking effect in January 2022). DSM-5, meanwhile, ‘covers the complexity of presentation through a wider range of core PTSD symptoms … and the potential specifier of a “dissociative subtype”’ (NICE, 2018).

a disorder that may develop following exposure to an event or series of events of an extremely threatening or horrific nature, most commonly prolonged or repetitive events from which escape is difficult or impossible (e.g. torture, slavery, genocide campaigns, prolonged domestic violence, repeated childhood sexual or physical abuse).

NICE Guideline on PTSD and Its Applicability

The National Institute for Health and Care Excellence (NICE) publishes clinical guidelines on a wide range of health conditions, both physical and psychological. The guidelines are evidence-based recommendations for health and care in England. They are designed to help ensure that all NHS services provide care that is safe, effective and consistent.

Whether or not you must follow the NICE guideline depends on your practice setting:

While a client who has already received a diagnosis of PTSD may present to a counsellor or psychotherapist outside of the setting in which they received this diagnosis (perhaps because they wish to receive treatment faster than is otherwise available), it is more likely that you will see someone who shows signs of PTSD but has not been formally diagnosed.

For students of counselling and psychotherapy, this is unlikely to happen as your clients will first have been assessed by a qualified therapist in your agency. It is always possible, however, that possible PTSD will only become evident once the course of counselling has begun.

It also suggests that you should be aware of the types of traumatic events associated with the developing PTSD, including either experiencing or witnessing the following (on a single occasion or repeatedly): 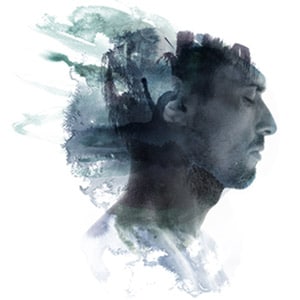 In addition to the symptoms above, people with complex PTSD will have the following ‘severe and persistent’ symptoms that cause ‘significant impairment in personal, family, social, educational, occupational or other important areas of functioning’ (ICD-11, 2021, section 6B41):

Just as PHQ-9 can be used to assess depression, and GAD-7 to assess anxiety, there are assessment tools designed to indicate the likelihood of a client’s symptoms being due to PTSD.

While counsellors and psychotherapist cannot diagnose PTSD, it can be useful – if referring a client with possible PTSD to their GP or other clinician – to provide (with the client’s consent) the results of an assessment measure of this type.

For therapists who must follow NICE guidance (e.g. those employed by the NHS), and for those who choose to do so, the only approved therapies for PTSD are trauma-focused cognitive behavioural therapy (TF-CBT) and eye movement desensitisation and reprocessing (EMDR). Havens (n.d.) – writing for the BACP – supports this stance. The NICE guideline also includes guidance for clinicians (those who are licensed to prescribe medication) on drug treatment for PTSD, if that is the client’s preference.

Thus, unless they are qualified and insured to provide either of these specific treatments, then counsellors and psychotherapists following NICE guidance must refer the client to their GP for onward referral into specialist mental-health services.

Some organisations will also have other possible referral routes (e.g. an in-house psychologist offering TF-CBT and/or EMDR) that may reduce the client’s waiting time for treatment. In either case, the usual imperative exists to assess whether the client is safe to wait, and – if there appears to be a risk of harm to self or others – to ensure that they have the right support in place to minimise risk.

Therapists who have the freedom to choose whether to follow the NICE guideline (e.g. those in private practice) – while ensuring, of course, that they work in line with their professional body’s ethical code – may use other techniques to treat diagnosed or possible PTSD. Some examples of such techniques include:

Bender, J. [2018]. What Are the Differences Between PTS and PTSD? [online]. [Viewed 30/11/21]. Brainline. Available from: https://www.brainline.org/article/what-are-differences-between-pts-and-ptsd

Brody, B. (2018). How to Tell if You Have Normal Post-Traumatic Stress or Something More Serious [online]. [Viewed 30/11/21]. Health. Available from: https://www.health.com/condition/ptsd/ptsd-or-normal-post-traumatic-stres