A Brief History of Counselling

To understand the history of counselling, we begin with the realisation that throughout the years, human beings have found comfort in sharing their problems or telling their story to others. The old saying ‘ a problem shared is a problem halved’  tells us one universal human truth: that when things get difficult or we have to make decisions in our life, sometimes we need someone to listen and ‘hear our story’ so we can get a better idea of our options. 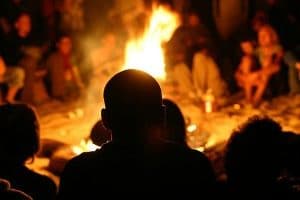 Counselling history can be traced back to tribal times where people would came together in a group and share their experiences and sometimes their dreams. As civilisation developed, religion offered a type of counselling, usually by priests who would listen and advise parishioners on their problems (they still do).

In the  1890’s, German neurologist Sigmund Freud developed a theory later to be called psychoanalysis, which allowed individuals to tell their problems to a ‘psychoanalyst,’ an individual trained in interpreting the ‘subconscious’ , that part of our psyche that we are not aware of but influences what we do. Freud played an important part in the history of counselling, but the actual word “counselling” did not come into everyday language until the 1960’s.

Counselling really took off after the Second World War, in 1950’s America. Most of the therapies we hear about today can trace their origins back to a handful of psychologists and psychiatrists (some of whom we will look at in this guide) who developed techniques and theories, sometimes referred to as ‘schools’ of therapy.

The word ‘school’ in counselling does not mean a building or campus. Rather it refers to how psychologists believe human beings develop their view of the world they live in and how they cope with it. The three schools are Psychoanalytical, Behaviourist, and Humanistic, which we will look at later in this guide.

There have been many developments in counselling since the 1950’s. A lot of research has taken place and this has given us a better understanding of what makes human beings think and act in certain ways. However most psychologists and counsellors would agree that we are a long way from fully understanding what makes each human being unique.

It is worth considering that counselling has rapidly developed since Freud's time with hew ideas an approaches emerging from the late 1800s to the present day.

Below are significant milestones in the history of Counselling and psychotherapy

The term 'Post Modern' in counselling refers to questioning the assumptions of previous theories. Proposing there is no truly objective way of measuring mental well being.

The are three types of postmodern therapies: