Focusing as a Counselling Skill

Focusing is a counselling skill that involves actively listening to what the client is bringing, and then choosing an area to focus down on.

Focusing is like zooming into a detail in a photograph. The counsellor zooms in on the emotions behind the story, or narrative, that the client is bringing. 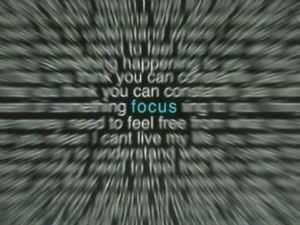 Origins of ‘Focusing’ in Person-Centred Therapy

Carl Rogers, the founder of person-centred therapy, originally took the idea of focusing from Eugene Gendlin, with whom he worked in the early 1950s. Rogers (1980, p. 346) wrote: ‘“Focusing,” or being fully aware, in the moment, of some previously denied experience, brings psychological and physiological change in psychotherapy and results in changed behavior.’

Gendlin went on ‘to develop an entire theory of human experiencing and how this intersected with therapeutic change’, which he ‘elaborated into a formal description of (a) the moments of change which occurred as the client contacted their present experiencing, and (b) the resultant change’ (Sanders, 2012, p. 8). He called this process ‘focusing’.

Gendlin’s specific focusing process is seen as an approach in its own right, though closely aligned to the person-centred approach. As such, it has its own UK professional body, the British Focusing Association.

Meanwhile, the term ‘focusing’ is used in person-centred counselling to describe a skill that involves actively listening to what the client is bringing, and then supporting them to focus down on a part of this that that has the potential to bring therapeutic personality change.

Who Is the Focuser?

‘Focusing’ is sometimes misunderstood as a term, quite understandably.

When we think about the word ‘focusing’, we may be drawn to thinking that it’s about us paying more attention and really focusing our concentration on something that the client is bringing. But it’s not this at all. Indeed, it is the client who is the focuser, with the therapist supporting this process.

Gendlin himself wrote (2010, p. 10): ‘The most important rule for a therapist or friend to observe, in helping someone to focus, is to stay out of the focuser’s way.’ And Cooper (2020, paragraph 4) noted that ‘focusing encourages clients to “listen inwards” to their bodies and allow their feelings and bodily experiences to emerge’.

Focusing involves helping the client make decisions about what issues the client wants to deal with. They may have mentioned a range of issues and problems, and focusing allows the counsellor and client together to clear away some of the less important surrounding material and to concentrate on the central issues of concern.

Focusing may involve prioritising issues and making decisions about the urgency of the issues the client has brought.

Choosing Where to Focus

So where do we support the client to focus their attention? 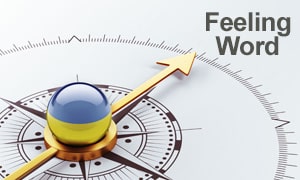 First, the counsellor aims to maintain the focus on the client's agenda and needs in the counselling session. One of the places we might choose to focus on is if the client brings up a feeling word.

For example, the client may say: "When I left I felt devastated, realising I could never return again."

The feeling word in this example is 'devastated' and the counsellor may reflect back: "I hear you were completely devastated." This intervention invites the client to dive deeper into the feeling word ‘devastated’.

It often happens in counselling that the client will come in with a story. Although they bring in the weight of this material, there is also an element of safety in staying in the story, because there’s a distance between this and the feelings that underlie it. Some of these feelings may be really painful. And that’s our work as counsellors – to be there in those painful feelings with people.

Focusing can encourage a client – if they wish – to go and explore a feeling or movement more deeply. This deepens the bond, taking the therapeutic connection to a new relational depth.

When we have decided where to focus on, how do we then focus down? Since person-centred counselling is non-directive, we would need to invite the client to explore something.

First of all, we need to be in their frame of reference. The client is bringing their story. Maybe they will touch on a feeling word as they’re going through that story.

As a person-centred counsellor, you could just use a really simple reflection of the feeling word that they brought. In this way, you would be acknowledging that that feeling is there – and inviting the client (if they choose and feel ready to do so) to go to that feeling and to focus on it, drilling down to bring more of themselves and so to gain enhanced awareness.

Counsellor: But when it comes to making that choice of doing something for yourself, you use the word ‘selfish’.

Client: Very much so. It feels – when it is for my own gain, want or pleasure – I guess, it really feels selfish.

In this example, the focus word is ‘selfish’. That’s because when the story was brought, the word ‘selfish’ didn’t seem to fit for the client; she didn’t seem to resonate with it and it seemed to be a painful area. So the counsellor reflected that word back, inviting the client to focus down on what ‘selfish’ meant to her, and to explore that.

It may well be that the client chooses not to take up that invitation and so not to look at that feeling right now, and that’s OK. At least you have acknowledged that by focusing, and that in itself lets the client know that they’ve been understood.

The Skill of Focusing Explained

Focusing involves thinking through the implications of prioritising. If one issue is dealt with first, how will this affect the other issues? What will this mean for the client?

Questions that the counsellor may consider are:

Focusing also involves an estimate of the length of time the counselling is likely to take, and discussion of this with the client. 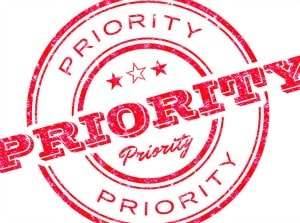 Aside from this, the counsellor also needs to look at their own level of experience as a counsellor. For example, do you have concerns around your competence to work with the client's issue? Do you need to refer on?

Focusing may involve goal-setting and/or contracting with the client. It involves a realistic assessment of what is possible.

Another place where we can use focusing is if there has been a moment of movement within the counselling session. If the client has experienced some development or growth – no matter how small that is – that may be a massive win for the client and so it is a good place to focus.

Counsellors are not there just to dig and find pain, and take the clients to places that are uncomfortable for them. They can also focus on something that the client feels is a win or a small moment of movement. We can acknowledge these moments and say: ‘Yes. Wow, look at that!’

Example of Focusing following a Moment of Movement

The client has been speaking about how she felt judged and evaluated by other people when she was making decisions for herself.

Client: Not to assume what the other person would like, need or want from that, but to allow them maybe to express that, to bring what it is that I would do and maybe not be so sensitive if it’s not taken up or accepted, and to allow for whatever the situation is that occurs, that it’s not a rejection of me. It’s just ...

Counsellor: It’s not a rejection of me.

Client: Yeah, it’s just a choice or a decision or a like or a want or whatever, but it’s not ultimately rejecting me.

Counsellor: Wow. That feels massive. That really feels massive when you say ‘Not a rejection of me’ because mere moments ago, you were talking about that as being a rejection.

It feels like – looking at it and examining it – you may be able to see that slightly differently now. You’re acknowledging that not as a rejection of you and, I guess, as maybe their opinion, want or need.

But at the same time, I recognise how fragile that want and need of self is, feeling that it does take second place.

So I guess it’s about maybe that courage to bring your wants and needs out, measured against the idea that ‘it’s not a rejection of me’.

Client: Yeah. It doesn’t feel as make or break, or life and death anymore. The idea of me purely expressing something that I’d prefer is not the ultimate ‘this is going to be you liking me or not liking me’. It’s purely a thought or an idea.

This illustrates the power of focusing in person-centred counselling. One moment, the client was talking about how she felt judged and evaluated by other people when she was making decisions for herself. Then, thanks to a little focus on that moment of movement, it doesn’t feel like that anymore for her. She’s able to see that there is a change.

Focusing is a very useful and necessary skill in what we do as counsellors.

Why not practise focusing? You can use various different interventions to encourage focusing, for example a one-word reflection or a paraphrase.

Why not try sharing with peers what it feels like for you to invite somebody to focus down on something? You might like to talk about your experiences of this: perhaps it has deepened the bond, taking the therapeutic connection to new relational depth.

Over to you to go out there and look at the skill of focusing with a new focus!

The Skill of Focusing Explained

Cooper, M. (2020). Person Centred Therapy Is Not One Thing: An introduction to the tribes [online]. [Viewed 5/4/22]. Mick Cooper Training and Consultancy. Available at: https://mick-cooper.squarespace.com/new-blog/2020/1/29/person-centred-therapy-is-not-one-thing-an-introduction-to-the-tribes