Cognitive interventions are those that target thoughts.

They include psycho-education about thoughts and beliefs; identification and challenging of negative automatic thoughts (NATS) via cognitive restructuring; and schema therapy.

Cognitive techniques are often the focus in clients presenting with anxiety. 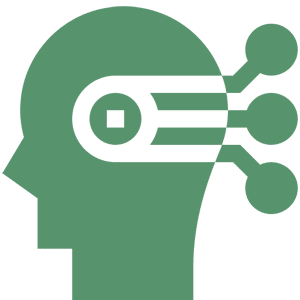 Psycho-education is an important part of CBT, with the therapist being seen as a source of expert information that they can ‘teach’ to the client. Key elements in this might be teaching clients about:

Many people find themselves falling into the trap of NATs. Common categories of these include:

Beck described NATs as a stream of thoughts that we can become aware of if we acknowledge them.

The therapist examines specific situations in which the client has found themselves, asking open questions such as:

Clients may complete a thought log/record either at home or during the session. This aims to challenge irrational thoughts, weighing up evidence for and against, and to replace these with alternative balanced thoughts.

Young et al. (2006) suggested that many of our negative cognitions are rooted in early childhood experiences, innate temperaments and/or cultural influences.

For example, clients’ psychological wellbeing could have been damaged in their childhood years by not having their needs met, being traumatised or victimised by a controlling adult, absorbing a schema from an influential adult who themselves had a strong schema, or being overprotected and excessively indulged.

The resulting maladaptive cognitions (known as core beliefs or schemas) are often unconditional and very deep-rooted, having become a core part of the person’s self-concept.

Because of their longevity and deep-rootedness – and their being stored in the amygdala (a part of the brain that is not amenable to logical analysis) – they are difficult or even impossible to work with using cognitive restructuring alone.

Many schemas are acquired before the child is fully able to communicate verbally – these are particularly hard to shift. Other schemas (i.e. those acquired later) are sometimes known as conditional schemas, as they are less deep-rooted.

However, whichever their origin and longevity, schemas are stable and enduring patterns, based on an idiosyncratic mix of cognitions (including memories, in both verbal and image forms).

Through 15 years’ clinical observational practice, Young and his colleagues (2006) proposed that there are five domains of such maladaptive early schemas (which relate to childhood needs), containing a total of 18 schemas:

Schemas can be identified in clients through comprehensive assessment, using Young’s schema questionnaire. Another technique involves asking the client to close their eyes and create an image of themselves as children with their parents.

Because adults with schemas have become locked into maintenance cycles that keep these going, they tend to live in ways that unconsciously perpetuate them.

Paradoxically, the schemas become so familiar that they are comfortable to stay stuck in, meaning that people may live with them for many years before some precipitating factors triggers an acute problem that leads to therapy – and so the discovery and possibility of treating the schema.

People may live with schemas using any of three possible strategies:

Warning signs that schemas may be present in a client include them feeling pervasively stuck, inadequate, lonely, numb to their emotions or as if life has no meaning – or behaving in a way that involves depending on others or having problems choosing appropriate partners.

Presenting problems such as long-term eating disorders, substance abuse, chronic depression and other repetitive patterns of behaviour may also be clues to the existence of an underlying schema.

Because adults with schemas have become locked into maintenance cycles that keep these going, they tend to live in ways that unconsciously perpetuate them ... The schemas become so familiar that they are comfortable to stay stuck in ... before some precipitating factors trigger an acute problem that leads to therapy – and so the discovery and possibility of treating the schema.

It is important as a therapist to remember and to respect that a client may not wish or be ready to heal their schema(s) and rules for living.

Indeed, tackling schemas in a very time-limited course of therapy – or if these emerge towards the end of a finite number of sessions – may not be in the client’s best interests, as this is particularly deep and challenging work for both client and therapist.

But if schema therapy does seem to be both desired by the client and safe within the counselling context, then various methods are used to treat schemas.

These include identifying schemas and how they relate to the client’s presenting problem (through developing a formulation and psycho-educating the client on how the different elements in this link, and are perpetuated via maintenance cycles) – and then working on dysfunctional beliefs and behaviours.

It is important to break down tasks into small steps that feel manageable to the client. Practising the core conditions – and so meeting the client’s emotional needs of us as therapists – is also an important form of modelling health patterns of relating.

For example, techniques that can be used to help clients heal schemas can be: