The Psychodynamic Approach to Counselling

The psychodynamic approach to counselling is a form of psychotherapy with its roots in traditional psychoanalysis, which was pioneered by Austrian neurologist Sigmund Freud as a clinical method for treating psychopathology, a term meaning mental disorders.

Freud believed that we are governed by subconscious drives and conflicting parts of our personality which he labelled the id, ego and super ego. This tripartite personality sees the id as the needy uncontrolled part of ourselves. The ego, on the other hand, is our adult self trying to rein in the childish self-destructive desires of the id. 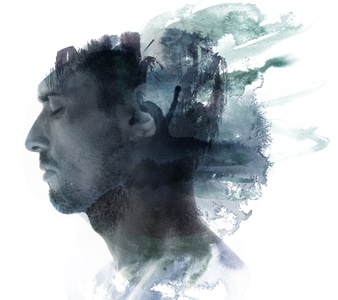 One might compare the relation of the ego to the id with that between a rider and his horse. The horse provides the locomotor energy, and the rider has the prerogative of determining the goal and of guiding the movements of his powerful mount towards it. But all too often in the relations between the ego and the id we find a picture of the less ideal situation in which the rider is obliged to guide his horse in the direction in which it itself wants to go.

- From the New Introductory Lectures on Psychoanalysis, 1932.

The super ego could be compared to a super parent, berating the ego, forcing it to comply with societal norms. So according to the theory, our self-concept is in constant conflict, with the poor old ego trying to balance the childish impulse of the id and the critical demands of the super ego.

Modern psychoanalysis was born out of Freud's ideas. In the 1950’s Canadian psychiatrist Eric Berne was working as a psychiatrist in Carmel California. He noticed in his patient’s district patterns of relating to life events.

Berne, who had been trained in classic psychoanalysis, took the main tenants of the theory and developed his own perspective on it, which he named Transactional Analysis (TA for short).

While there are many theoretical overlaps between the psychodynamic approach and psychoanalysis, there are differences in the practice of the two modalities.

The Role of the Unconscious

The psychodynamic approach to counselling aims to help clients to develop their self-awareness by exploring what is happening in their process at an unconscious level.

Relevant psychoanalytic concepts such as defence mechanisms; the Jungian concept of shadow; psychosexual stages; and ego, superego and id are likely to form a part of how a psychodynamic therapist makes sense of the material the client brings.

A psychodynamic therapist will work with the client to explore their responses and to bring their unconscious selves into conscious awareness. Carl Jung called this process Individuation. 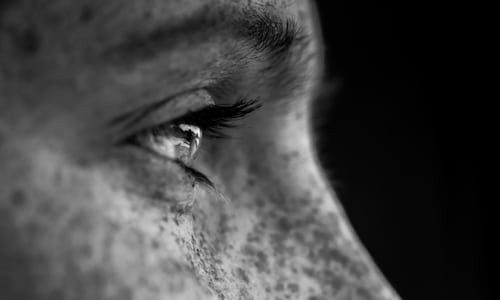 Psychodynamic therapy often involves paying attention to transference and countertransference responses which occur in the therapeutic relationship. Transference refers to the feelings that a client develops towards a therapist, which typically mirror relational dynamics and feelings from past relationships.

Exploring the responses that a client is experiencing towards a therapist can allow deeper exploration of the ways in which past experiences are influencing the client’s here-and-now relating and bring unconscious or repressed feelings to light in the therapeutic relationship where they can be safely explored and processed.

Countertransference can be used to describe feelings which the therapist develops towards the client.

All of this may play out at an unconscious level in the relationship, and it is through appropriate exploration and self-reflection that it can become rich material for psychodynamic therapy.

Psychodynamic counselling tends to be a longer-term approach which involves deep exploration of self. It is suitable for clients who wish to explore their inner-selves at depth, or who have difficulties in their lives and relationships with no obvious cause.

A psychodynamic approach to counselling is inherently relational and views the emergence of unconscious material within the therapeutic relationship as inevitable. Typically, psychodynamic therapy will involve a mixture of directive and non-directive approaches, employing some psychoanalytic technique, but also allowing space for the client to navigate their way through their own unconscious.

Psychodynamic therapy is a ‘whole life’ approach where you explore the life process and interactions that made you who you are. It also helps you consider what you want to change.

This article was written for Counselling Tutor by Erin Stevens.