In Episode 190 of the Counselling Tutor Podcast, Rory Lees-Oakes and Ken Kelly talk about Erik Erikson’s eight stages of development in ‘Student Check-In’. ‘Digital Counselling Revolution’ then looks at the issue of establishing the identity of the client when working online. Finally, in ‘Practice Matters’, Rory talks to Meer Elkin about counselling in the USA.

It was psychologist and psychoanalyst Erik Erikson who coined the term ‘identity crisis'. Erikson’s work links with that of Sigmund Freud but focuses more on psychosocial rather than psychosexual development. Erikson had a particular interest in psychosocial development – that is, where people find themselves in the arc of their lives, from birth to death.

Erikson’s work is not widely taught in counselling and other training in the UK, but Ken – who grew up in South Africa – explains its prevalence there.

He talks through in detail Erikson’s eight stages of development:

For each of these stages, Ken and Rory have detailed discussion, drawing on examples to illustrate them, including from their own life experiences.

Erikson’s eight stages of development build on each other, and how the earlier stages go for an individual can have a major effect on how the later ones turn out. It can be really helpful for therapists to understand the stages and to bear these in mind when working with clients.

Where are you in the eight stages of development, and do the themes given by Erikson for that stage fit with your own experience?

You can download a handout on Erikson’s eight stages of development model in the blue box above.

Establishing the Identity of the Client during Online Counselling (starts at 33.05 mins) 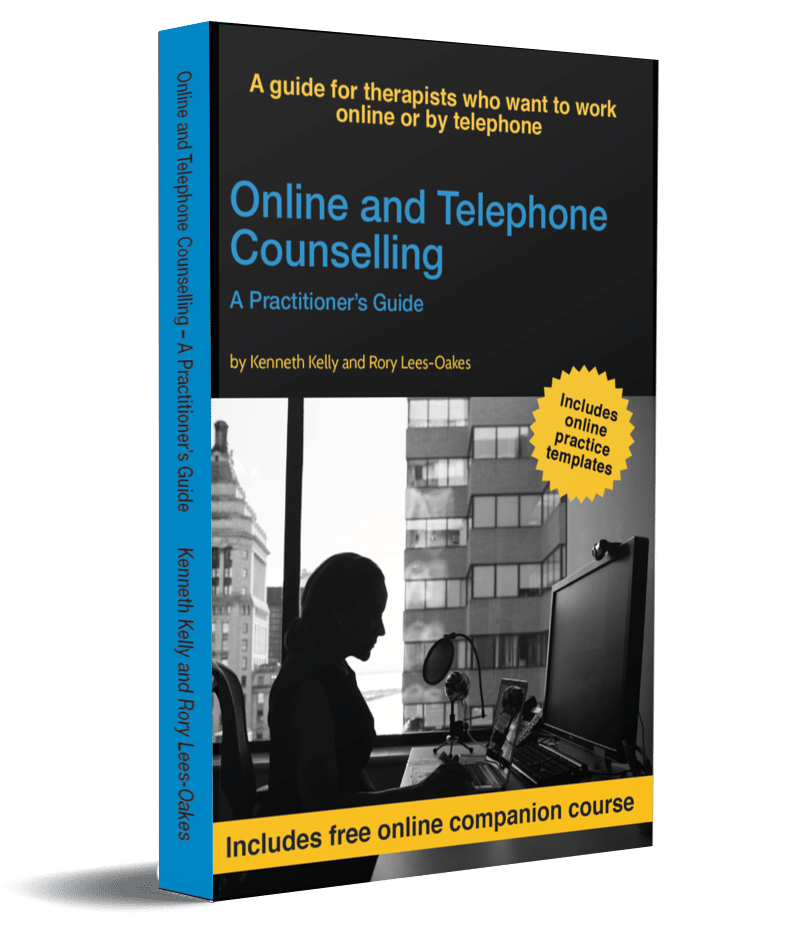 Available in Paperback and Kindle

The BACP’s Telephone and E-Counselling Training Curriculum includes a section as follows (2016, p. 7):

Knowledge that absence of visual contact presents problems in verifying the identity of the client, and within this develop an ability to identify signs that a client may be older or younger than they purport to be by noting age congruence of language used and contextual information offered by the client. Be aware of legal and ethical differences when working with children rather than adults and be able to take reasonable steps to verify age the client’s age accordingly. Develop an ability to elicit and triangulate lines of information about a client to substantiate their background and identity.

Ken and Rory explain how much more possible it is for people to pretend to be someone they are not when not working face-to-face. Telephone counselling – and, even more so, email and text counselling – present opportunities for this.

They discuss the potential dangers (e.g. when working with clients who are subject to domestic abuse), and warning signs to watch out for (such as the use of language that does not fit the stated age etc. of the client).

Establishing the identity of clients is covered in more depth in our Online and Telephone Counselling Certificate course.

How to practise as a counsellor in the USA is a question that is frequently raised in the Counselling Tutor Facebook group. If you aren’t already a member, do come along and join over 37,000 students, qualified practitioners, tutors and supervisors interested in the world of counselling and psychotherapy.

Meer Elkin was born in Scotland and undertook her counselling training in Illinois, USA in the 1990s, becoming licensed in 2007. She explains how training works in the USA, where the profession is regulated. For example, a master’s degree is required in order to be able to practise as a counsellor; for her master’s qualification, Meer had to gain 2,000 client hours.

Meer talks to Rory about:

Meer describes her reasons for supporting the idea of licensing and her commitment to education as an important way to become and remain professionally competent.